Mar 01, 2022
The Southern Xinjiang Railway extends from Turpan to Hotan, with a total length of 1,446 km. It is the only railway channel for external communication in the Southern Xinjiang region. At the same time, as the main framework of the Xinjiang railway network, it is also an important part of the auxiliary channel in the south of the Eurasian Continental Bridge. It is the country's westward direction. The important railway line in the opening strategy is an important link for the development of Central Asia and South Asia. In recent years, with the rapid economic development of southern Xinjiang, the contradiction between the shortage of railway capacity and transportation demand in southern Xinjiang has become increasingly prominent. It is necessary to carry out speed-up, expansion and transformation of southern Xinjiang railway to form a fast and large-capacity transportation channel.
The Kuka Railway Speed-Up and Capacity-Enhancing Reconstruction Poject is located in Bayingoleng Mongolian Autonomous Prefecture, Aksu Prefecture, Kizilsu Kirgiz Autonomous Prefecture and Kashi Prefecture in southern Xinjiang. The project includes speeding up the downline from Korla to Aksu, replacing heavy-duty track seamless lines, carrying out roadbed width, road and bridge disease control, and bridge reinforcement.
The implementation of the Kukati speed expansion and reconstruction project of the Southern Xinjiang Railway can improve the travel conditions of passengers and greatly shorten the travel time. It is expected that the one-way running time of the train from Urumqi to Kashgar will be shortened from the current 17 hours to about 13 hours. In addition, the advantages of high safety, large transportation capacity, fast and comfortable railways will be further utilized, which is of great significance to improving the backbone of railways in the comprehensive transportation system and driving the economic and social development of southern Xinjiang.
In 2019, Anyang Railway Equipment Co., Ltd. provided 1,348,656 sets of 60kg Type II railway fastening systems (according to the drawings of the special line 3351) to the Kuka Railway Speed-Up and Capacity-Enhancing Reconstruction Poject. 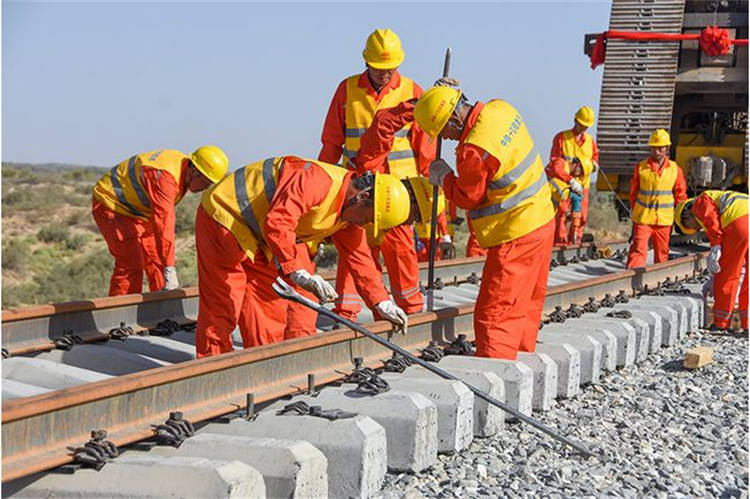 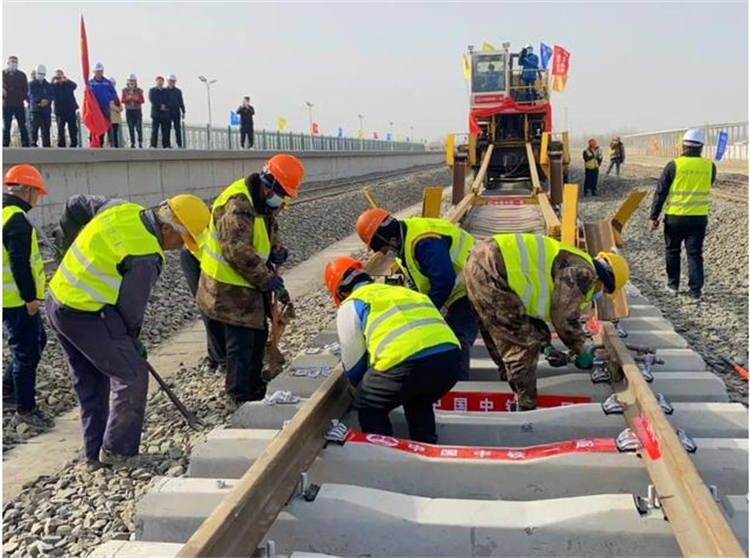