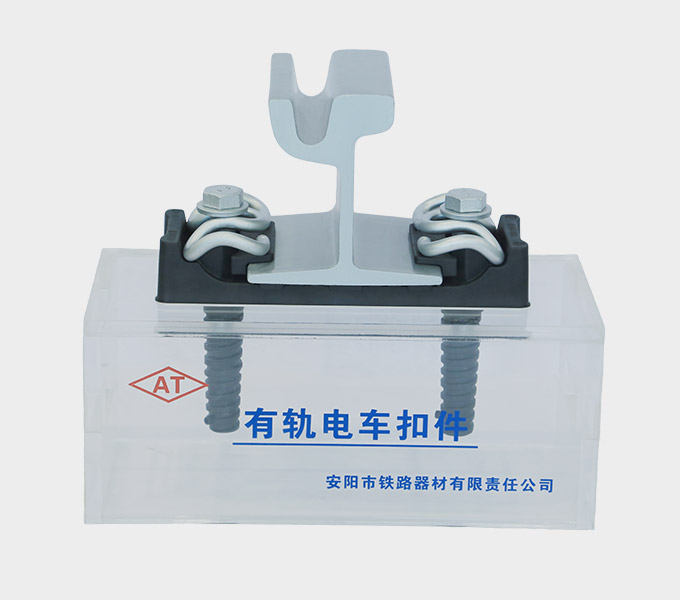 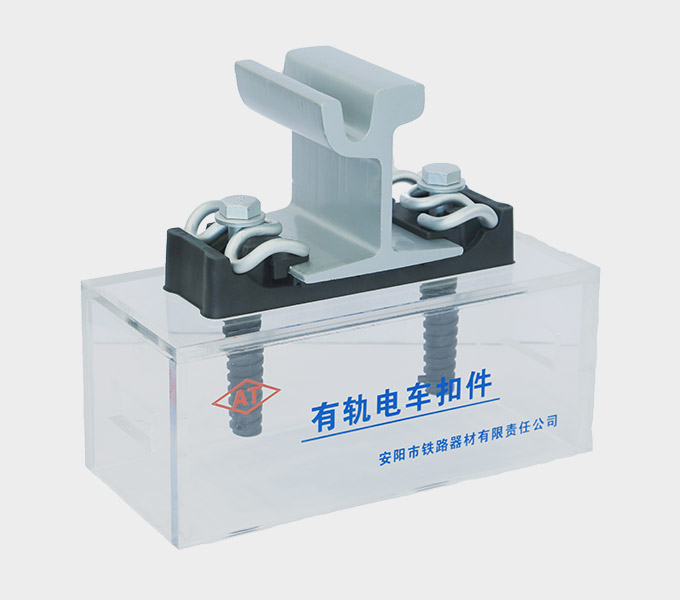 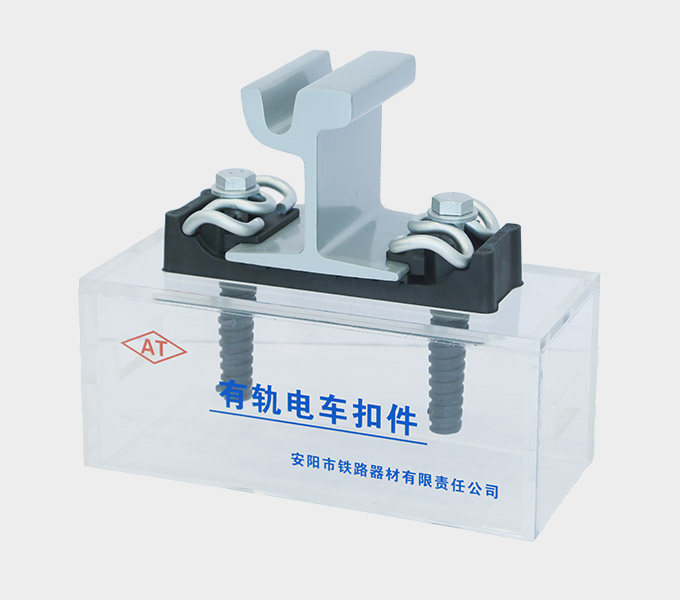 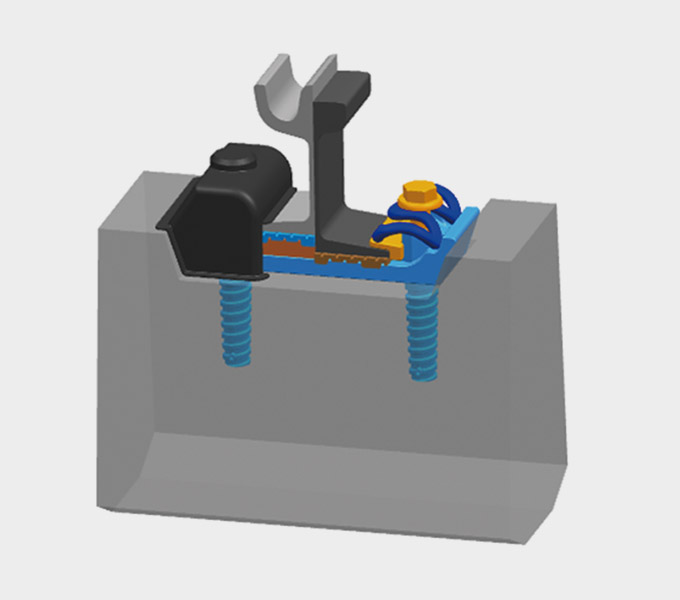 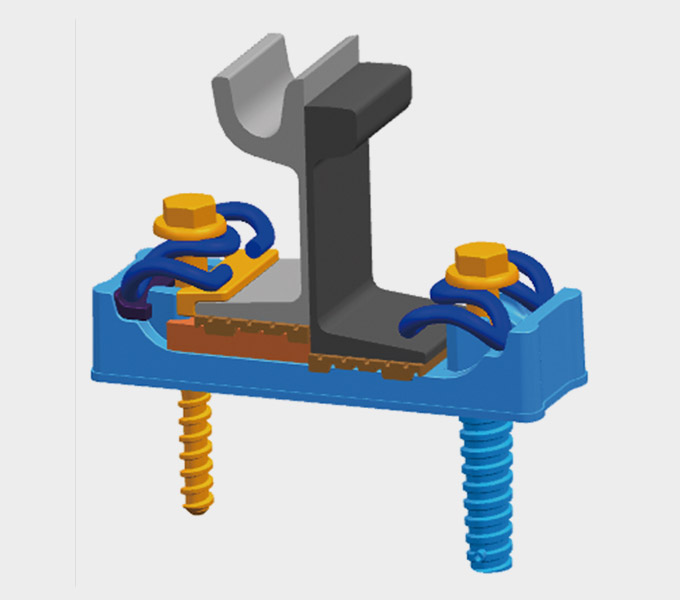 Send Email Chat Now
Share:
Introduction Technical Support Tags Related Projects Related Products
Introduction
Compared with rail transportation such as national railways and subways, trams have relatively slower speeds and lighter axle loads; the line conditions are complex, the right of way is unclear, and the radius of the tram is relatively small. Its fasteners strive to be simple, moderate buckling pressure, good elasticity, strong adaptability, low cost, and should be versatile and interchangeable, and easy to install and maintain. And meet the requirements of insulation and vibration reduction. The AL series Tram fastening systems are developed based on the above requirements. Al series Tram Rail Fastening Systems use general-purpose type II elastic clips as fasteners, general-purpose spikes, general-purpose casings, and gauge blocks.

Technical Support
Tram Rail Fastening Systems without Sleepers
This fastening system adopts universal type II elastic clips as fasteners, universal spikes, universal casings and gauge blocks, which can be poured directly into the track bed. Through the spikes, the grooved under-rail base plate and the reinforced concrete track bed form an organic whole, providing reliable support for the trough-shaped rail. The construction procedure is simple, with good flexibility, 20mm gauge adjustment and 20mm height adjustment, which can well adapt to complex line conditions and environmental requirements. 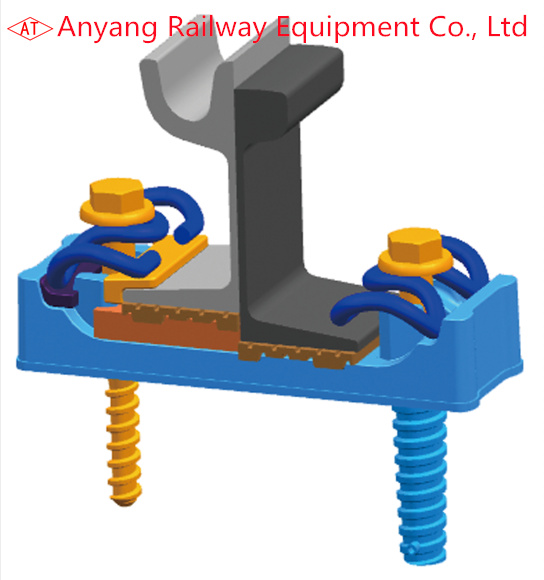 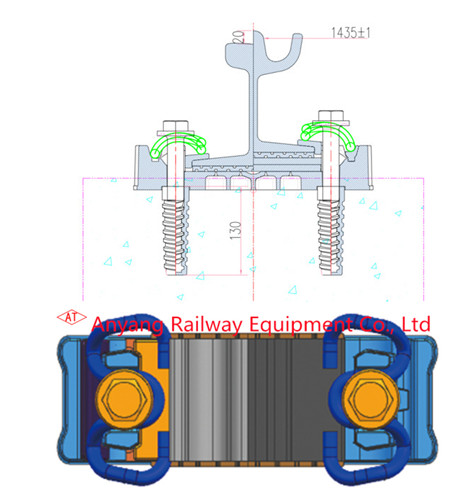 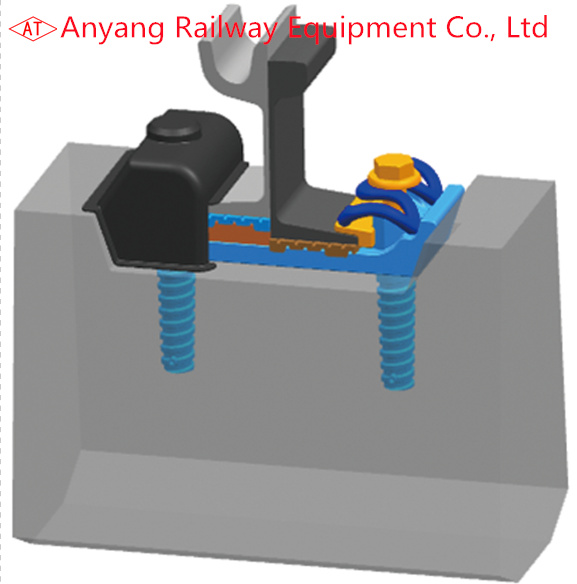 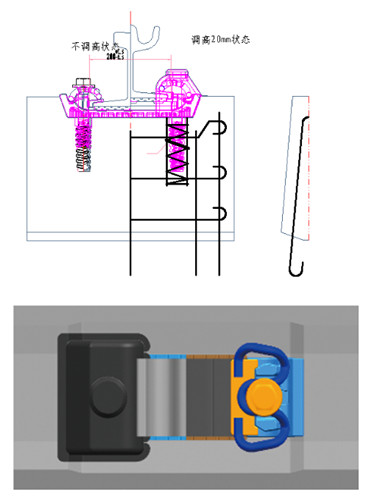 This fastener adopts universal type II elastic clips as fastening parts, universal spikes, universal casings, and gauge blocks. It can be cast on the track bed with short sleepers, long sleepers, and double-block sleepers. It can be used in special areas where construction period and precision are required. At the same time, it also has good flexibility, 20mm gauge adjustment and 20mm height adjustment can well adapt to complex line conditions and environmental requirements.
Main parameters of fasteners
This series of fastening systems are designed according to the laying of 59R1, 59R2, 60R1, and 60R2 series of rails, and meet the "Technical Requirements for Fastener System of Railroad Vehicles". Design speed: not more than 70km/h, axle load: 12.5T. 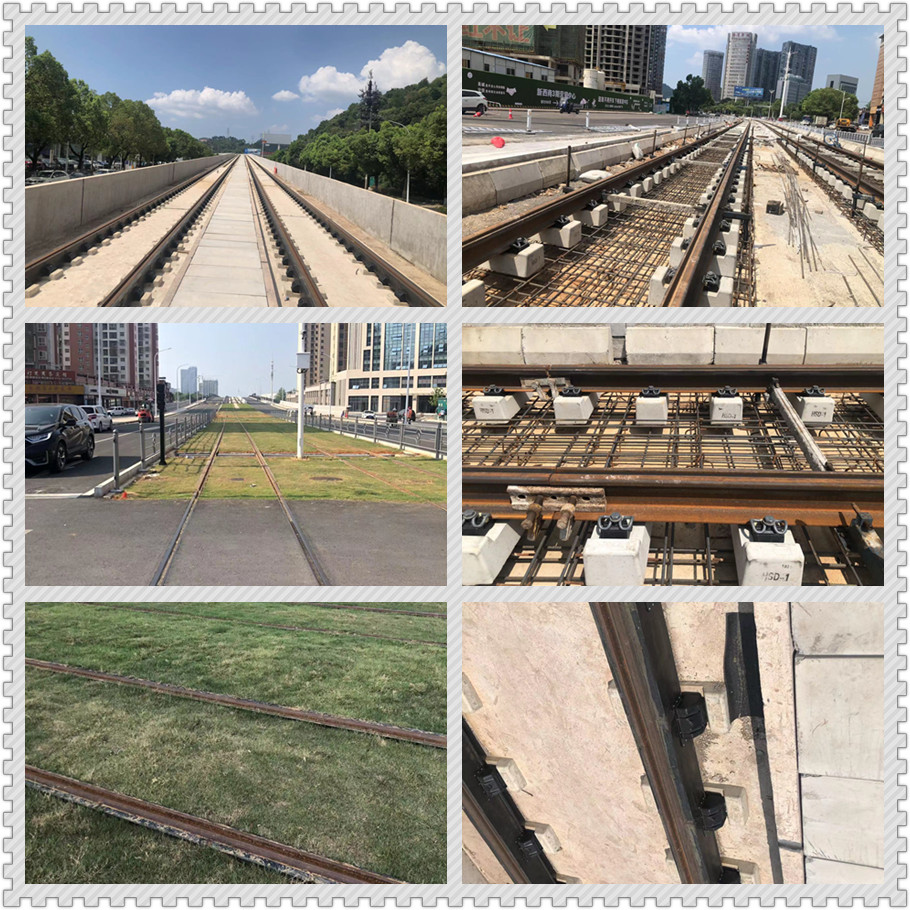 1. Gauge: 1435mm
2. Longitudinal resistance of steel rail: Generally, the section is larger than 9kN (each group of fasteners), and the section with low resistance is the section (each group of fasteners).
3. Node stiffness: the static stiffness of the pad under the rail is 25-40kN/mm, and the node static stiffness of the fastener system is 30±5kN/mm.
4. Fatigue performance: The fastener system is tested in accordance with EN13146-4. After 3 million load cycles, the parts are not damaged, the gauge expansion is less than 6mm, and the buckle force change is ≤20%, and the rail longitudinal resistance change is ≤20%. The change of the static stiffness of the node is less than or equal to 25%. (Test load parameter: Pv/cosα=56kN L/V=0.50, α=26°,α=26°).
5. Insulation resistance: The fastener system is tested in accordance with EN13146-5, and the insulation resistance between the two rails is greater than 3Ω·km, and meets the requirements of the track circuit.
6. The impact of harsh environmental conditions: After the fastener system has been subjected to the 300h salt spray test described in EN13146-6, it can be smoothly disassembled with a manual disassembly tool.
7. Rail left and right position adjustment: Single strand rail left and right position adjustment: -5～+5mm; Gauge adjustment: -10～+10mm,
The adjustment level is 1mm.
8. The adjustment amount of rail height: 20mm; the adjustment level is 1mm.
9. Spring bar buckle pressure and spring range: Type II spring bar: buckle pressure is greater than 5.5kN, and the spring range is 10mm.
10. Pull-out resistance of embedded casing: not less than 60kN.

The advantages of AL series fasteners compared with other urban rail transit fasteners:
1. The baseplate under the rail is made of high-strength, low-rigidity nylon instead of cast iron and rubber under the iron plate. The manufacturing process is relatively environmentally friendly, with fewer parts, and nylon has good durability, unlike the iron backing plate that has corrosion.
2. The insulation performance of the under-rail substrate made of nylon is far greater than that of other fasteners, which protects the under-rail foundation from stray currents.
3. Adopt general II type elastic clips as fastening parts, adopt general spikes, casings, and gauge blocks, which are convenient for installation and maintenance.
And has versatility and interchangeability.
4. The structure is simple and light, which reduces the labor intensity of workers during paving construction and maintenance.
5. The rigidity of the base plate under the rail is much smaller than that of the iron plate, which can reduce vibration and noise.
Tags
Urban Rail Systems
Related Projects 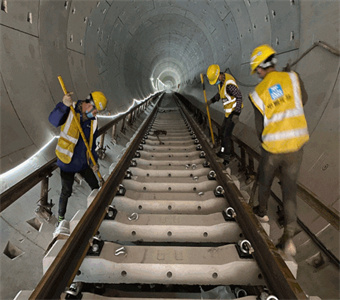 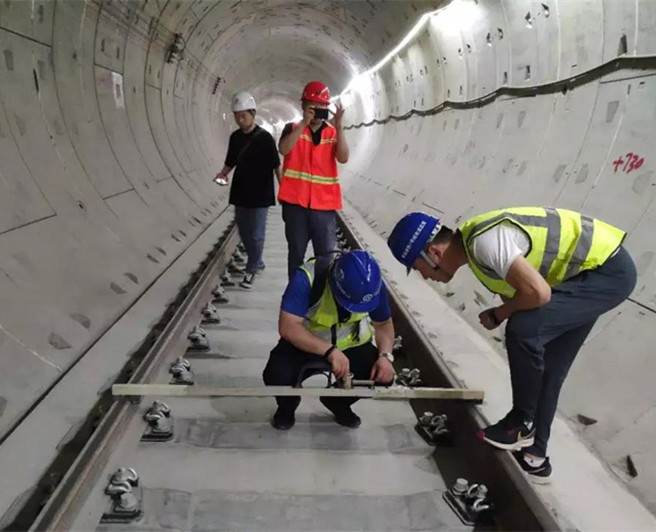 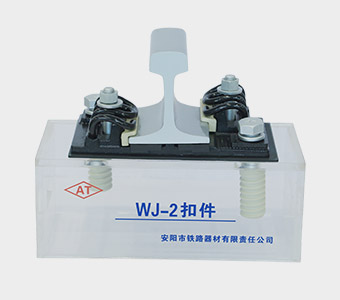 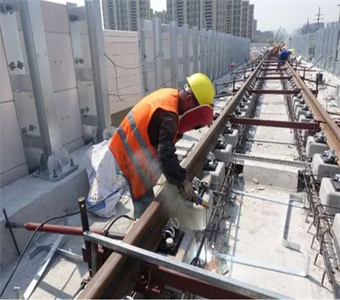 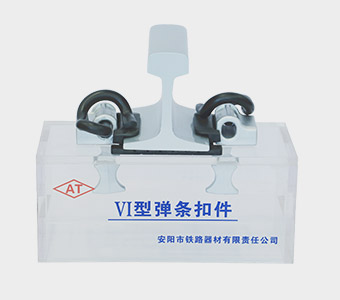 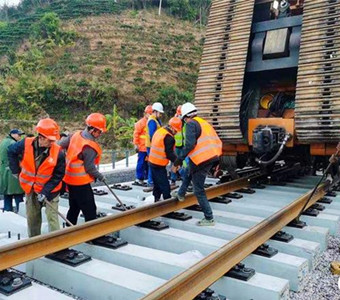 The Railway Fastclip system is suitable for use with all forms of pre-cast elements,
Chat Now 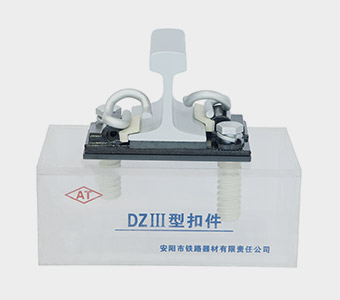 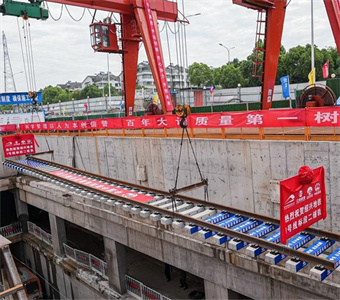 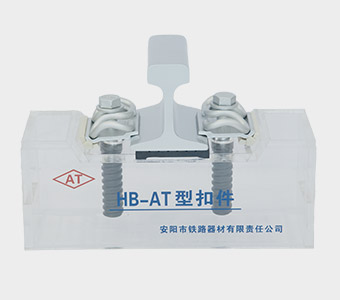 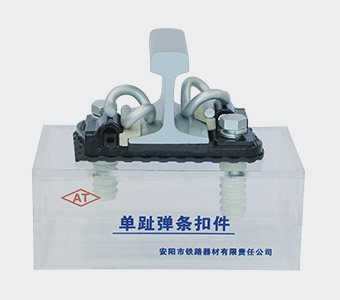 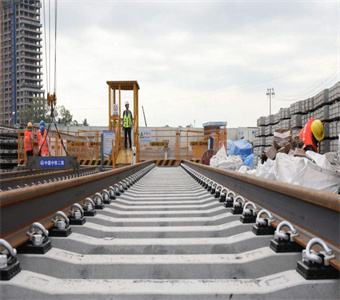 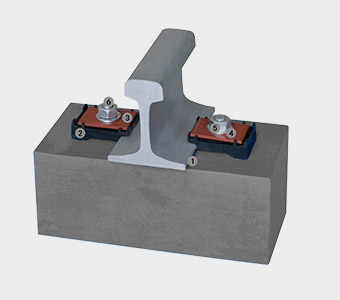 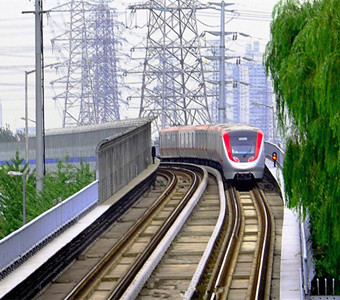