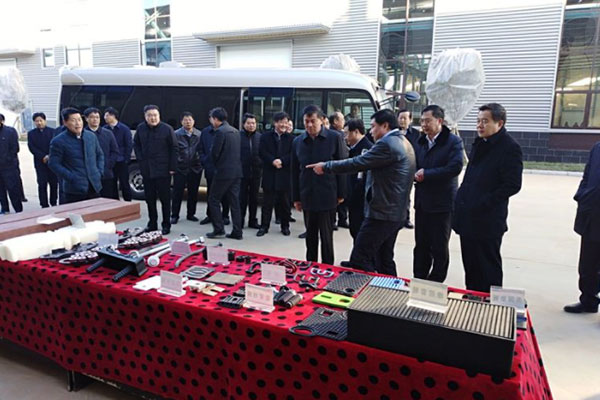 Municipal Party Secretary Li Gongle, Mayor Wang Xinwei and other leaders got off the car and inspected the company's products. 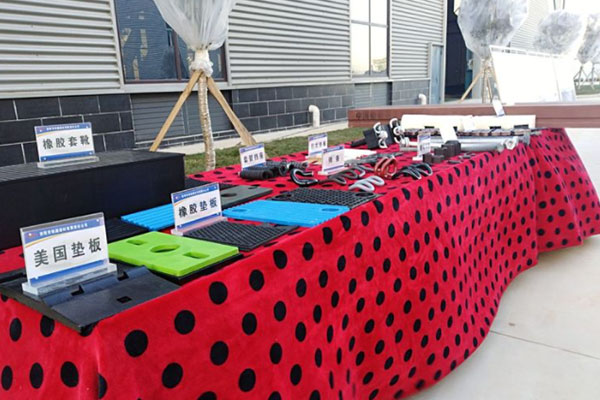 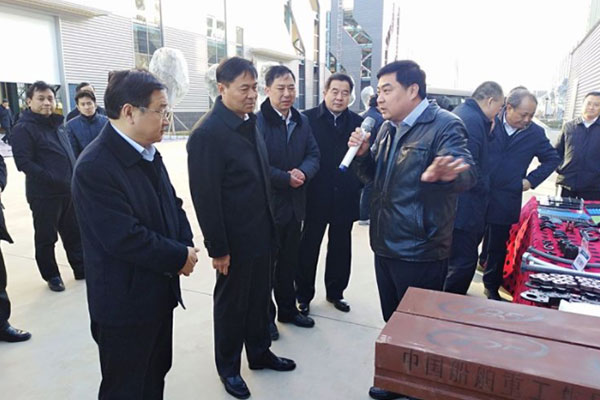 The company’s chairman Guo Zhongyan introduced the development of the company. 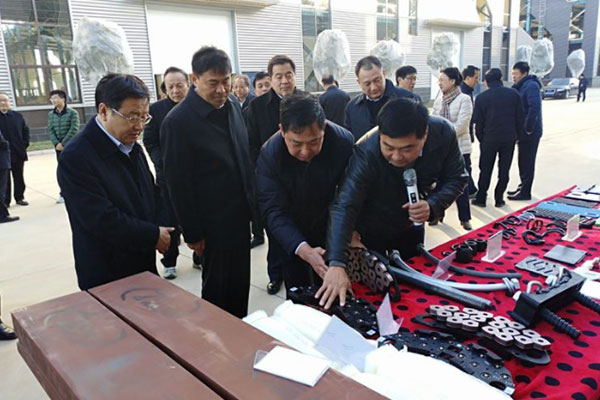 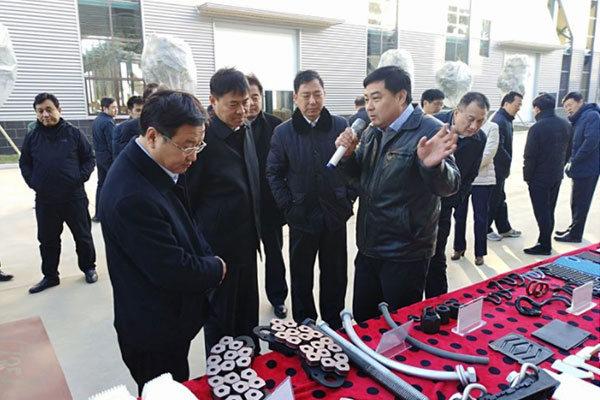 The company’s chairman Guo Zhongyan reported to the municipal party committee secretary Li Gongle and the mayor Wang Xinwei on the application of the company's products on the high-speed rail line. 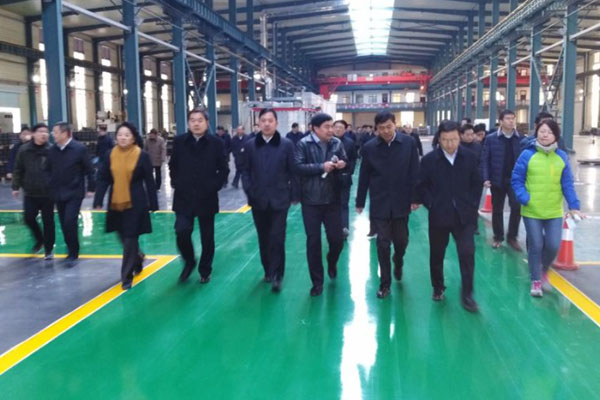 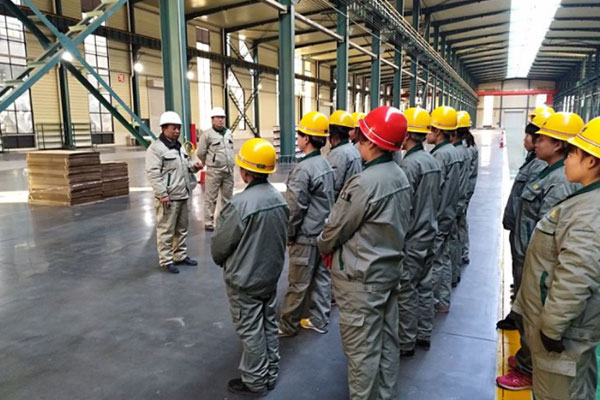 The production workshop is holding a morning meeting. 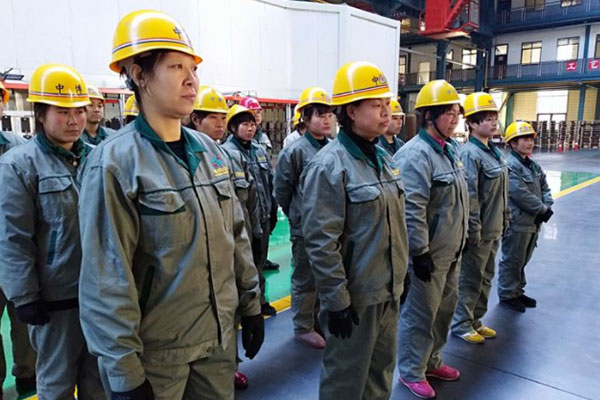 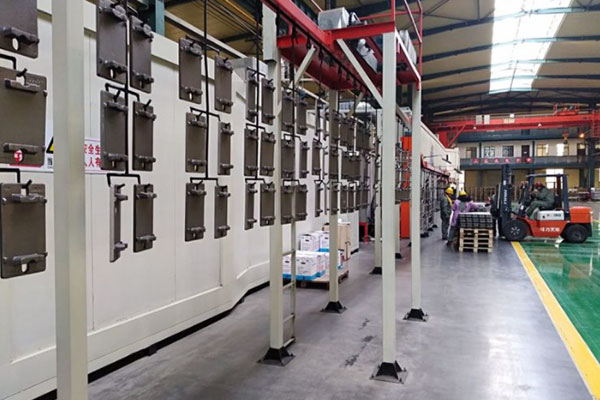 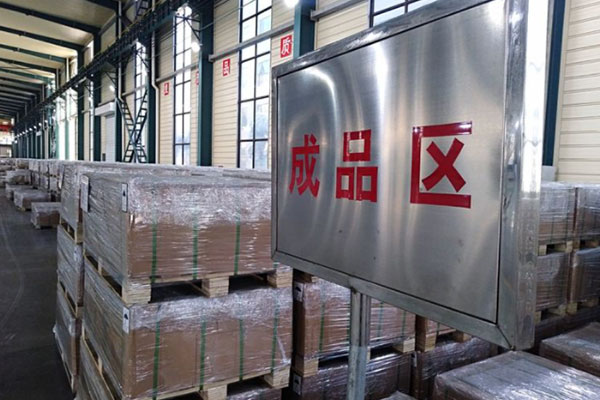 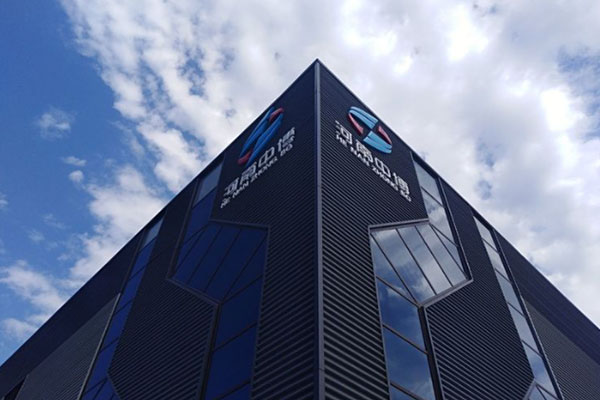